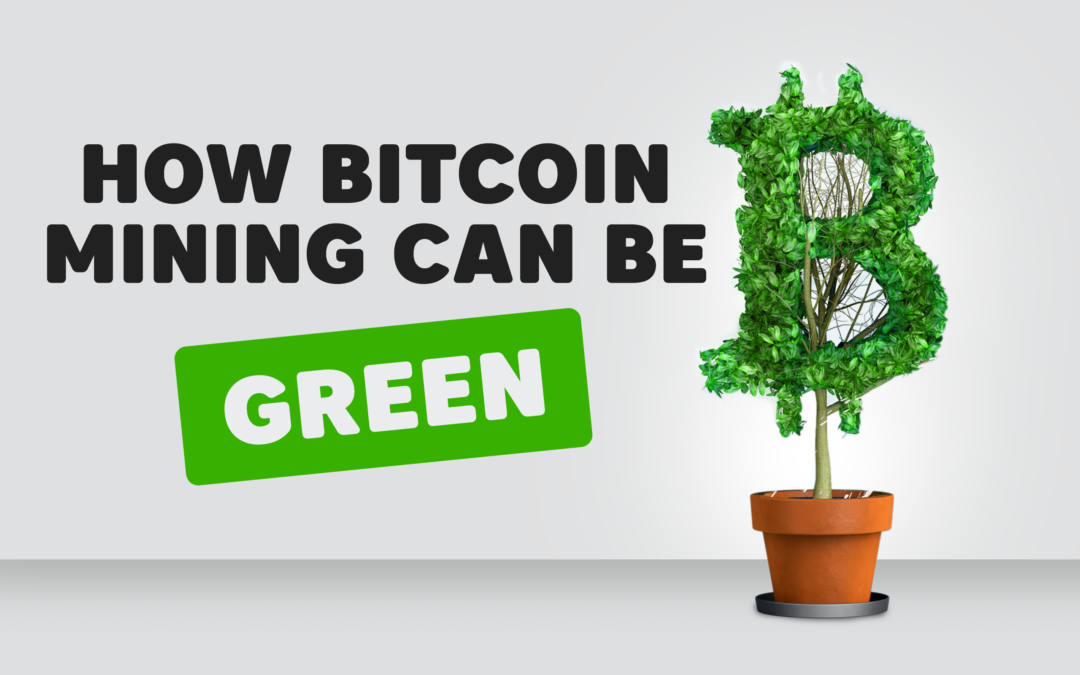 Bitcoin is fast becoming a precious store of value for millions of people around the world. By design, bitcoin consumes a significant amount of electricity. This energy is consumed as a part of the process required to validate and add transactions to bitcoin’s blockchain. Critics often decry that bitcoin uses too much energy and, as a result, produces an excessive carbon footprint.

Bitcoin’s energy use is an important issue, and it is not being ignored by the bitcoin community.

The energy-intensive process of validating bitcoin transactions is called “mining”, and it is the digital equivalent to physical mining of gold or other precious metals. In order to understand this better, let’s take a look at how bitcoin mining works.

Miners gain an advantage in the race to discover the nonce by utilizing special computing devices called ASICs (i.e. Application-Specific Integrated Circuits), which can compute the large sets of numbers required to discover the nonce. ASICs are rated in the number of hashes they can compute per second. This is called the hashrate. Miners who run pools of ASICs have a higher probability of discovering the nonce because the higher resulting hashrate gives them more hash power. Bitcoin mining is required to  validate transactions into blocks and produce bitcoin as a reward for miners. This process is called the Proof-of-Work (PoW) consensus mechanism.

While it seems like all the miners are doing is computing numbers, it is actually an energy intensive task that uses up a lot of electricity. When more miners are involved in the network, the bitcoin software automatically adjusts the difficulty level required to solve the nonce. This leads to even more electricity being consumed.

Bitcoin’s high energy consumption is intentional and was built into bitcoin for a reason. Bitcoin’s network is decentralized so that no single node can have control. If a bad actor wanted to take over the network, they would have to expend more energy than the rest of the miners, which would come at an extreme cost.

To gain an advantage, miners prefer to set up their operations in places where electricity is cheap. These are usually areas where there is an abundance of energy, but less overall demand. This maximizes profits for miners while minimizing the cost of electricity.

Countries like China and Russia became popular as mining destinations because the cost of electricity per KW/h was cheaper than in other places. Some miners have also been attracted by governments willing to artificially reduce the price charged for energy. However, despite the price of energy being cheaper, if the energy comes from fossil fuels like coal, it can be bad for the environment.

According to 2016 data from The University of Cambridge – Cambridge Bitcoin Electricity Consumption Index, bitcoin mining uses a total of 123.77 TWh/y (Tera-Watt Hours per year). If it were a country, that would make bitcoin, as an energy consumer, ranked 31st in the world. This quantity of electricity is about equal to the amount used by Norway (124.13 TWh/y) and exceeds smaller nations like Singapore (47.58 TWh/y). These are staggering figures. As bitcoin becomes more utilized and its popularity grows, the amount of energy consumed will further increase.

According to the same University of Cambridge study, bitcoin uses up 0.57% of the world’s total electricity consumed in a year. That is still far less than other industries by comparison. Even if bitcoin did not consume as much energy as other sectors of the economy, there is still the need to become more efficient and reduce its carbon footprint.

A key issue with bitcoin mining is the matter of sustainability. This has been brought forward by ESG (Envrionmental, Social, Governance) concerns from institutional investors. The main concern is that as more users adopt bitcoin, the amount of energy consumed is also likely to increase which would lead to a higher carbon footprint.

Other criticism surrounds the use of ASICs employed in Bitcoin mining. ASICs contain hazardous waste from electronic components and must be disposed of properly. If there is no guidance on how to dispose of ASICs, the concern is miners may dispose of them improperly. Doing so can be harmful to the environment and human health. As bitcoin grows, it will lead to more demand for ASICs. This can put pressure on manufacturers to produce more and may increase emissions. This is especially true if ASIC production is fossil fuel based.

What does a greener direction for bitcoin look like?

The bitcoin community is aware of the current impact mining has on the environment and understands that sustainable and renewable sources of energy are the right choice for the future.

These renewable alternatives are proving to be both less costly and more sustainable for bitcoin miners. Through such initiatives, we can successfully address bitcoin’s energy requirements, maintain its utility as a store of value, and avoid increasing risk to the environment. 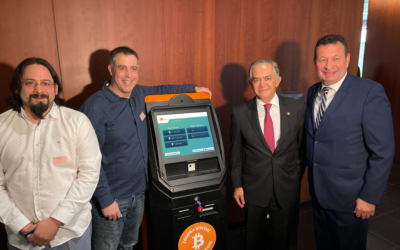 On April, 27th / Mexico City ChainBytes worked in cooperation with Axolotl Bitcoin and Mexican Senator Indira Kempis to deploy a Bitcoin ATM machine on the floor of the Mexican government Senate (Senado de la Republica) located in Mexico City. This comes after...

Over the past years you have probably heard the term blockchain thrown around when talking about cryptocurrencies, like Bitcoin. However, a lot of people might still be scratching their heads about what exactly blockchain technology is, how it works, why it’s popular,... 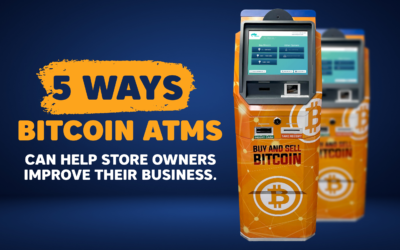 Operating Bitcoin ATMs can help improve your business in many ways. Before jumping into the details, a few important facts about bitcoin, cryptocurrency, and Bitcoin ATMs.  In 2021, the overall cryptocurrency market reached valuations of well over $2.5 trillion – with...