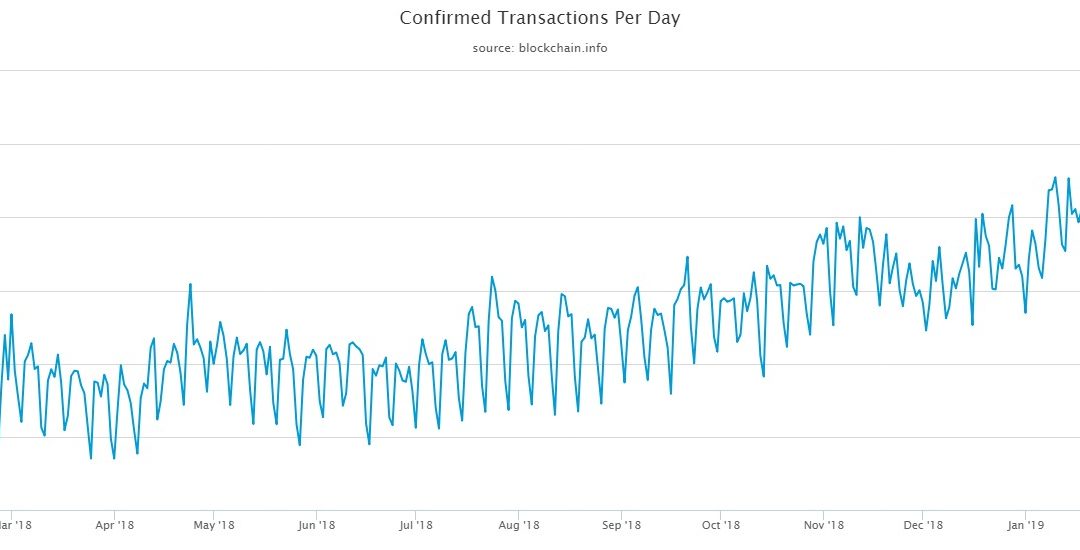 The amount of confirmed Bitcoin transactions have been steadily rising, reaching levels that were only seen during the cryptocurrency craze of late 2017, the data is available on blockchain.com. This is a clear sign that Bitcoin and blockchain technology adoption is growing.

Currently over 300,000 transactions are being confirmed by the Bitcoin blockchain daily. It’s the second time, in Bitcoin’s 10 year history, that this number is reached.

Bitcoin transactions are peer to peer and do not depend on a central authority. Instead, Bitcoin relies on blockchain technology, a technology based on a distributed ledger, which uses cryptography and a decentralized network of computers, to record data. The implementation of blockchain technology facilitates efficient, secure, transparent, and cost effective transactions. Bitcoin is its first successful use case.

When a Bitcoin payment is sent, it is confirmed when the transaction is included into a block. In short, this happens after the network verifies ownership of the bitcoins and that they have not been previously spent. A certain number of confirmations are required until the funds become spendable by the receiver.